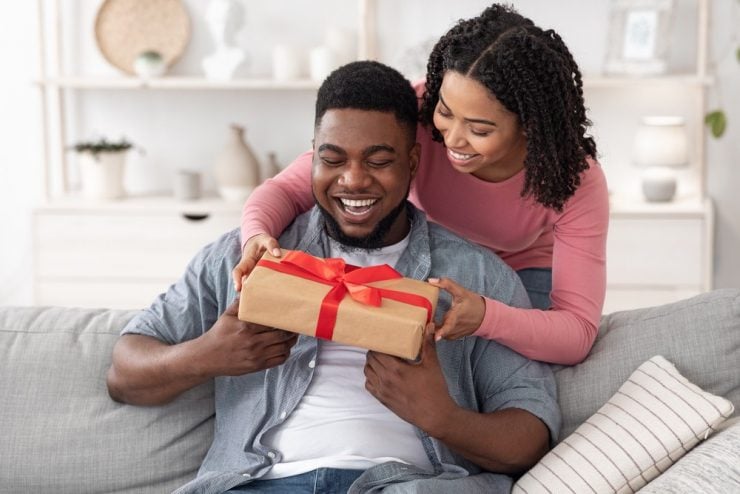 After celebrating a 5th anniversary together by giving wooden presents to each other, most husbands and wives find that their 6th marriage celebration comes around in the blink of an eye.

If your 6th wedding anniversary is approaching soon and you need some inspiration for potential gifts that your spouse will adore, have no fear!

We’re here to help with our suggestions for a traditional or modern 6 year anniversary gift!

What Are Traditional Gifts for a 6 Year Wedding Anniversary?

If you and your spouse prefer to exchange items that follow the traditional gift guidelines for a sixth anniversary, your options should be made out of iron. 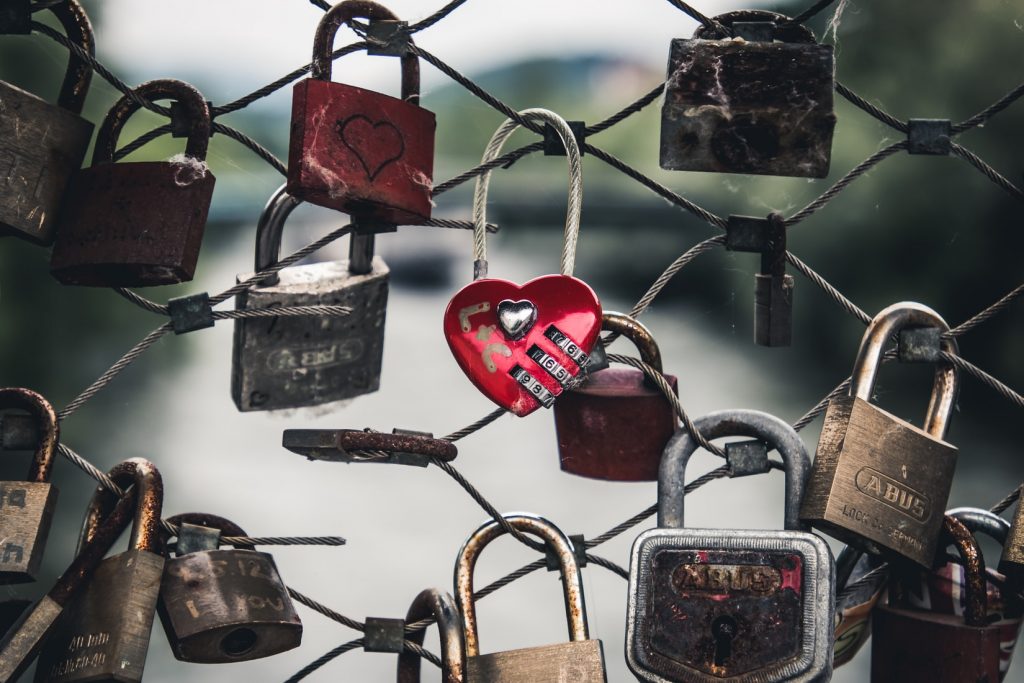 As a symbol of durability and strength, your iron 6th anniversary presents are meant to reflect on the sturdy marriage that you’ve shared with your romantic partner during the past six years.

From a first thought, iron might not seem like the most romantic material for this special anniversary. As people continue to share their ideas through online shops like Etsy and Redbubble, the opposite has proven itself to be true.

Give her the full experience of an iron wedding anniversary with a perfect gift from our list!

Nothing says traditional ideas for a sixth anniversary quite like a wine rack. Consider buying a foldable design for the sake of convenience.

Even if your significant other hasn’t mentioned that she wants a sunflower trivet, she’ll definitely appreciate this present during your 6 year anniversary. This serving accessory won’t feel out of your place in your kitchen or dining room. You can also find other iron kitchenware ideas!

Spiral necklaces are no strangers to a 6th wedding anniversary as traditional presents. Your wife can wear this piece of jewelry on its own or choose to layer it with other kinds of ornamental chains.

If your romantic partner enjoys reading during her free time, a bookmark as a 6th wedding anniversary gift will do the trick. She’ll never have to worry about bending or breaking this present.

A list of iron gift ideas wouldn’t be complete without including a casserole dish. Find one that matches your autumn wedding colors as a throwback to your special day.

A tortilla press is one of the best presents for a 6th anniversary if your spouse loves Mexican dishes. She can use this nice gift to make quesadillas, empanadas, rotis, and more!

Skillets were made to be given as traditional presents for a 6 year anniversary. Your gift will look incredible while your wife cooks food for lunch and dinner.

It’s no wonder why so many people receive fondue sets during their 6th wedding anniversary. Your significant other will certainly get some use out of this present by serving cheese, chocolate, wine, and more.

Who wouldn’t be happy to receive a waffle dipper pan during a sixth anniversary gift? Your present will add some extra fun to your breakfast meals.

With a material such as iron, the sky becomes the limit when looking for a traditional six year anniversary present.

If you need help with narrowing down your choices during your marriage celebration, take a look at our suggestions for iron anniversary gifts!

Go the extra mile during your 6 year anniversary by giving a fire pit to your husband. He’ll certainly enjoy this backyard accessory for a long time after your personal commemoration.

Most people wouldn’t think of a branding iron as their first choice for anniversary gift ideas, but this option works especially well for husbands who like to grill their own steaks on a barbeque. Feel free to customize this present with his name or choose one with changeable letters.

When looking for 6 year anniversary gift ideas, don’t hesitate to buy something that reflects your spouse’s love for tabletop games. Include a pouch so he won’t have to worry about his present tarnishing in the open air.

6th wedding anniversary gift possibilities don’t have to be expensive to be treasured by your significant other. Gear bookends will definitely add some flair to his library space.

If your romantic partner likes working out during his free time, he’ll love nothing more than a kettlebell as a 6th anniversary gift. He’ll be smiling for the days to come with the help of this thoughtful present.

Who could say no to a retro desk clock as a present for a 6th wedding anniversary? Think about buying this piece of decor so he can never look track of time while working in his office space.

Railroad spike bottle openers are such a creative twist on traditional ideas for a sixth wedding anniversary. Go with a pocket-sized version so he can bring your present to any social gathering.

If you and your husband exchanged your vows during a rustic ceremony, nothing feels more fitting as a 6 year anniversary gift than a horseshoe. This present is believed to bring luck when hung up as a decoration.

Other 6 Year Anniversary Gifts For Her

If iron anniversary gifts won’t set the romantic tone of your marriage celebration, don’t be afraid to skip out on those ideas.

We’ve organized some of our favorite alternative ideas for a 6th wedding anniversary that will make her heart soar!

Who says you can’t give out candles as a 6th anniversary gift? Your spouse will certainly enjoy the scent and sentimentality of this idea if your special day took place at a metropolitan courthouse.

The simplest kinds of special gifts for a 6 year anniversary are the ones that make the loudest statements about love and devotion. The rustic charm of these heart hooks becomes the ultimate throwback for couples who tied the knot during a country ceremony.

If you don’t want your presents for a 6th wedding anniversary to be used once and eventually forgotten, consider a recipe book stand stand as a potential choice. She’ll appreciate the convenience of being hands-free while trying out new ideas in the kitchen.

A geode end table will surely leave an impression on your wife as a 6 year anniversary gift. Don’t think twice about this option if you planned your wedding with a celestial theme in mind.

You can never go wrong with giving a ladybug brooch to your wife as her 6th anniversary gift. This unique accessory will definitely pair well with any of her semi-formal outfits.

Other 6 Year Anniversary Gifts For Him

If you already know that traditional anniversary gifts won’t fit the theme of your personal commemoration, just know that you have plenty of other possibilities that your husband will be happy to receive.

Take a look at our recommendations for alternative presents to give during a 6th wedding anniversary!

Beer caddies are never the wrong decision as nice gifts for a 6 year anniversary. He can get some extra use from this present during picnics, tailgates, sporting events, and other social gatherings.

Get creative with your sixth wedding anniversary ideas by buying an octagon desk lamp for your spouse. This office accessory has three levels of brightness and can be positioned at three different angles.

If your husband is a whiskey connoisseur, nothing feels more appropriate than a decanter globe as his 6th wedding anniversary gift. Be sure to buy one that comes with shot glasses!

Show your support for your significant other’s favorite pastime by giving him a fishing lure as his 6th anniversary gift. Don’t shy away from customizing this present with your names and wedding date.

Weighted blankets aren’t falling out of favor any time soon as modern gift suggestions for a 6 year anniversary. This present will definitely be appreciated if your spouse tends to toss and turn at night.

If you’re still feeling unsure about picking a romantic gift for your iron anniversary, just know that you don’t have to settle until you feel confident about your decision. 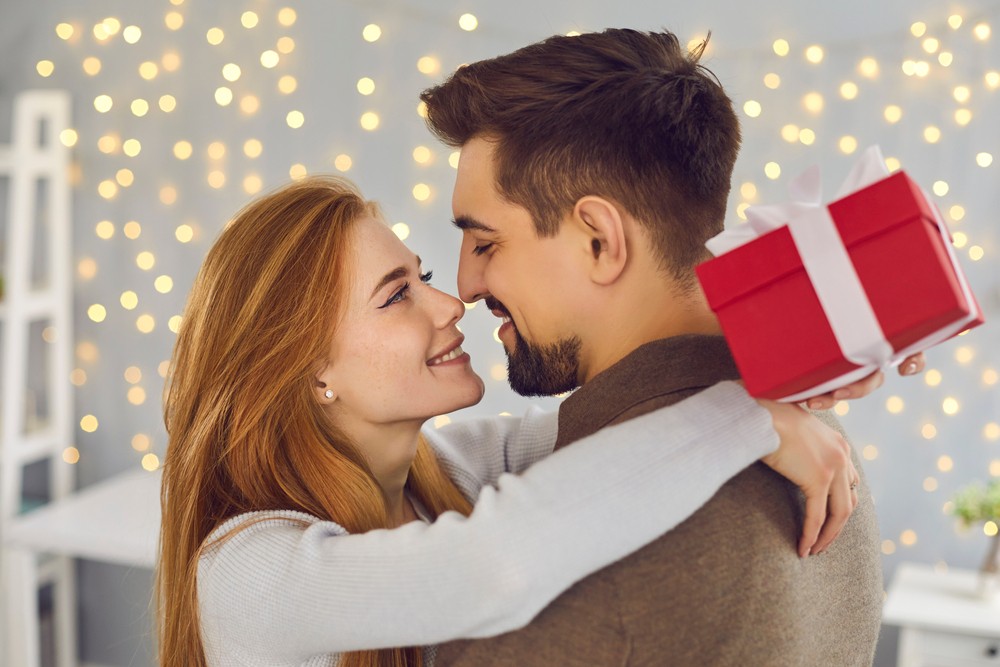 Consider the recommendations from a married couple in your life about a sixth anniversary gift. They may have some ideas that align better with your significant other’s interests.

If a suggestion from our list of gifts sounds perfect for your upcoming marriage celebration, tell us about your choice in the comments section! We would love to hear any of your other ideas that didn’t make an appearance on our anniversary gift guide!