What is a Rehearsal Dinner?

While many aspects of planning a wedding can feel frustrating, there’s also plenty of opportunities for fun with friends and family. As part of the wedding rehearsal, most couples throw a rehearsal dinner.

What is a rehearsal dinner? Let’s look at the key elements, including the traditional options plus alternatives you might like instead.

What is a Rehearsal Dinner?

A rehearsal dinner is part of many wedding celebrations. It’s an event held before the wedding meant for the families and other members of the wedding party to gather and celebrate.

Who is Invited to the Rehearsal Dinner?

The rehearsal dinner is usually held after the wedding party, bride and groom, and other important members of the wedding rehearse the actual wedding. This includes the entrances of the bridal party, grooms party and family, any readings or special ceremony additions, etc. The typical guest list includes:

The traditional rehearsal dinner is a sit-down dinner in a restaurant or venue. However, plenty of couples opt for a less traditional option like a cocktail hour. You could serve lunch, drinks, dessert, or anything else. Many people base the menu on their family’s culture or their wedding’s theme or location.

When do you have a Rehearsal Dinner?

Traditionally, the dinner is held the night before the wedding. However, like the type of food you serve, you don’t have to follow tradition closely. For example, if you want a rehearsal dinner to be more like a party that extends into the evening, holding it two days before your wedding gives your attendees extra time to rest up for the wedding day.

What Happens at a Rehearsal Dinner?

A rehearsal dinner is typically a more casual, relaxed affair than the wedding. It’s a chance for the two families to eat, drink, celebrate, and enjoy spending time together. If the two families don’t know each other well, the dinner gives them a chance to hang out and become better acquainted.

During the wedding, you’ll likely be too busy to have many conversations with your guests. The rehearsal dinner is a chance for you and your partner to connect with those most meaningful in your lives, such as your parents, siblings, and close friends.

Paying for the Rehearsal Dinner

Traditionally, the groom’s family pays for the dinner. However, both parents sharing costs is an increasingly popular option.

Keep in mind that if someone else pays for the party, they’ll likely want some degree of say in what food is served and the rehearsal dinner venue. If you have specific requirements, you might want to pay for the event yourself.

If your rehearsal dinner is a sit-down dinner in a nice restaurant or some equally elegant affair, you’ll want to send your guests formal invitations. People will need to know the details of the event as early as possible so they can plan their travel for the wedding weekend.

During the rehearsal dinner, make a point to welcome and chat with all the guests. Thank them for coming, and express your appreciation.

What you serve is up to you. If you have a large guest list, consider sticking to basic dishes with broad appeal, such as chicken or fish.

Of course, you can also customize the menu to reflect your family’s culture and tastes. A potluck in the backyard can be just as fun and meaningful as dinner at the fanciest hotel in town.

You don’t even have to serve food at all. Drinks and appetizers are perfectly acceptable for a wedding rehearsal dinner.

Note that if you do serve drinks, provide an open bar where you’ll pick up the tab. It’s an easy way to thank folks for attending your wedding.

The rehearsal dinner is a great time for toasts and speeches. The first to toast is the host of the party, which is traditionally the groom’s father. He’ll typically focus his toast on the bride-to-be and her family.

Often, the best man and maid of honor will each give a speech, typically focusing on the groom and bride. Sometime their speeches are saved for the wedding day, however.

Finally, the groom will toast his wife and her family. He’ll also thank the host of the party (which might be his dad). 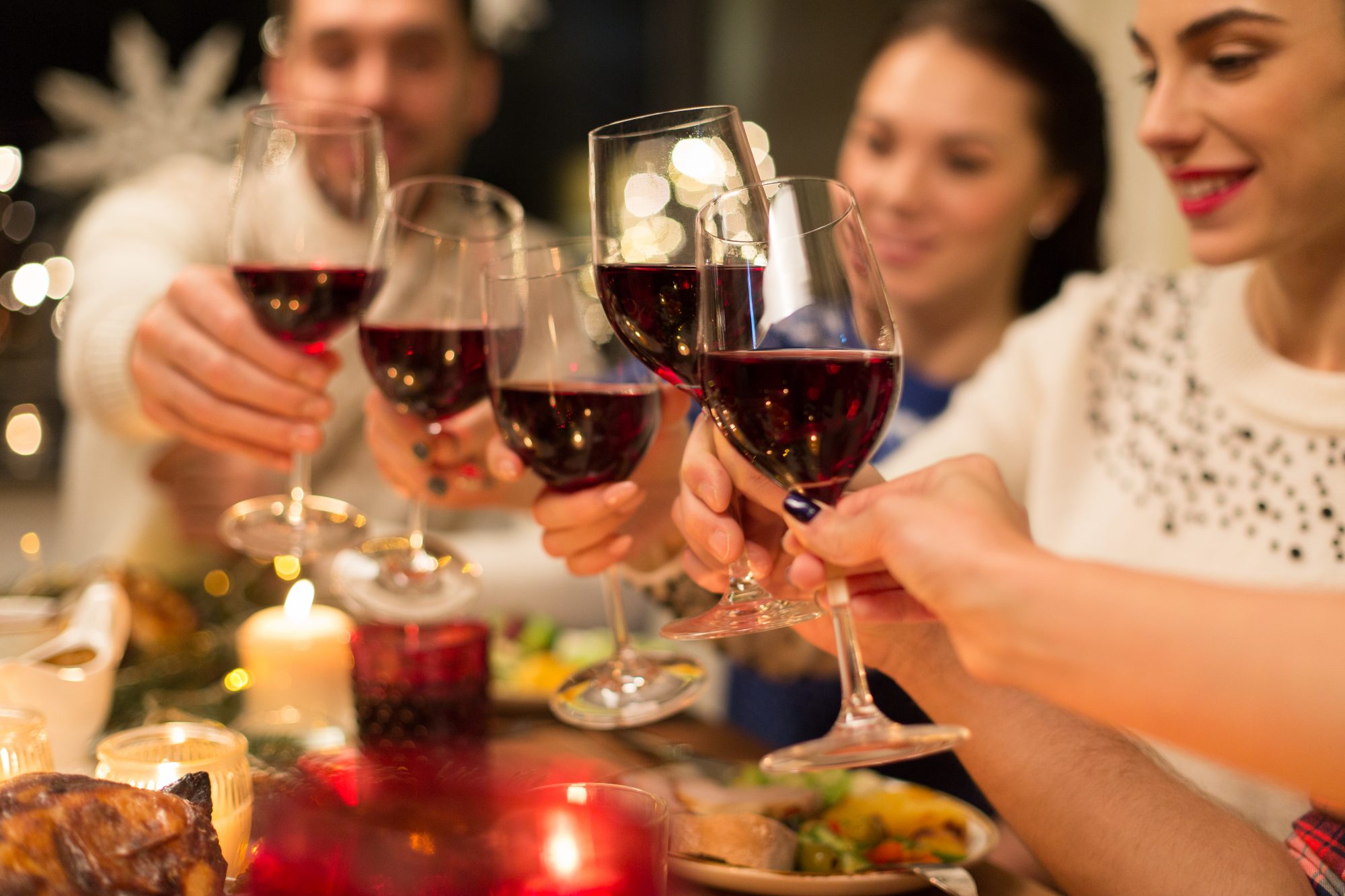 The rehearsal dinner allows for different types of speeches beyond what’s suitable for a wedding. Because the members of the dinner all likely know each other fairly well, speeches can be more personal. Additionally, a child-free rehearsal dinner can be a great opportunity to tell funny, risqué stores, depending on the crowd.

Some couples use the occasion to hand out gifts to people in their wedding party. It’s a nice gesture if you’re giving everyone something, such as special bottles of champagne or some other memento.

However, if you’re only giving gifts to a few members of the wedding party, you probably want to give them privately. That also applies if you’re giving a sentimental gift, such as something to your parents.

Sometimes, either the bride and groom might surprise the other with a gift. While this can be a fun idea, keep in mind the occasion might feel more intimate when done privately. 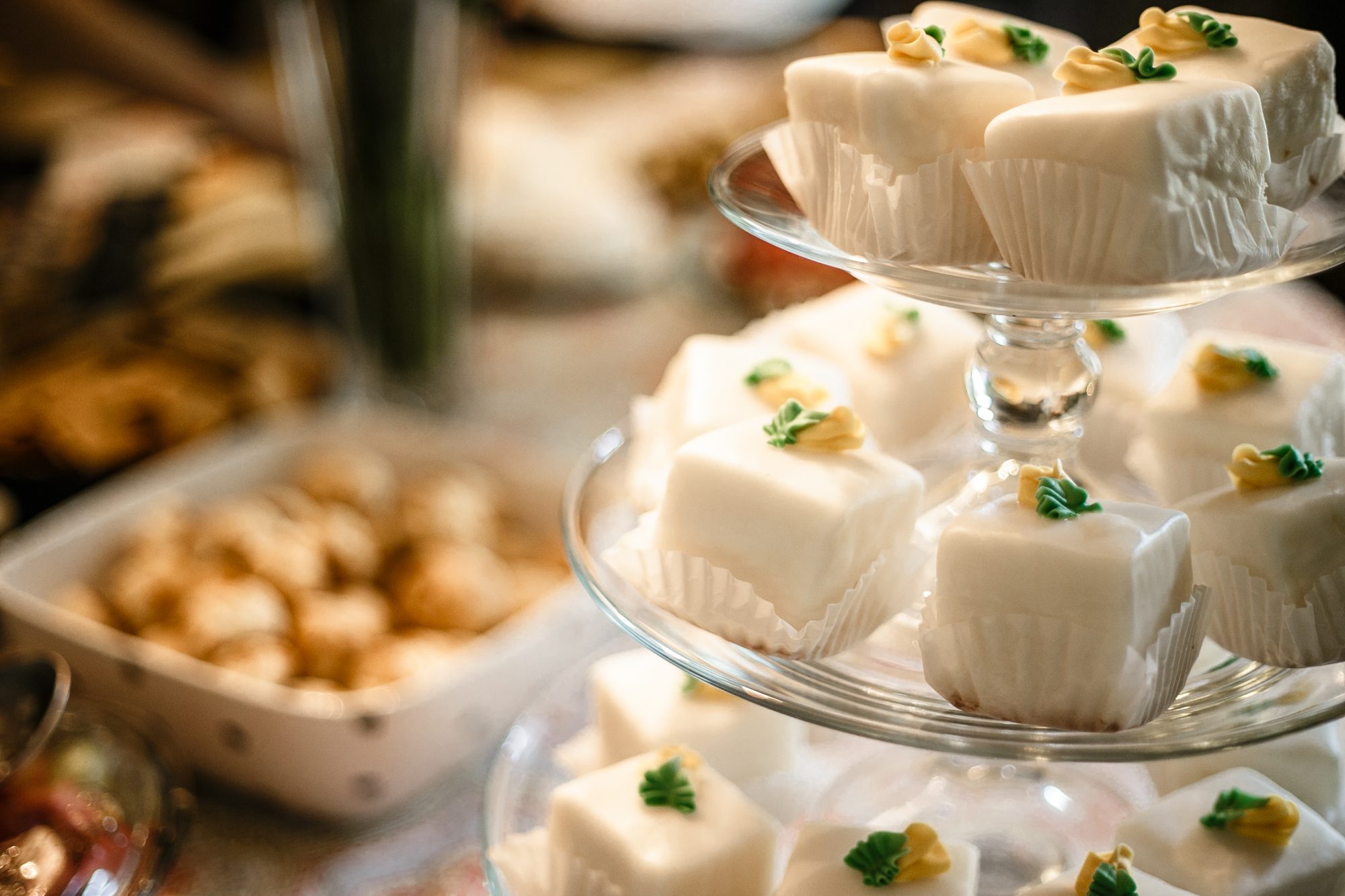 The rehearsal dinner is generally finished with desert, but this isn’t always necessary. Either way, dessert is a great way to end the dinner and send everyone away happy for the actual wedding to come.

Traditionally, the rehearsal dinner is when the groom’s cake is served. It’s a cake that represents the groom’s interests and style. Chocolate, fruit, and cheesecake are three popular types of groom’s cakes.

You might be surprised how fondly you look back on your rehearsal dinner. Often casual and more intimate, it’s a chance to celebrate your upcoming nuptials with those who are closest to you and your partner. Now that you know what a rehearsal dinner is, you can create one filled with memories to last a lifetime.