Who Buys the Wedding Bands for the Bride and Groom?

When a couple gets engaged, it’s customary for the future groom to propose to his bride with an engagement ring that he purchased. But, who buys the wedding bands?

Traditionally, the bride wears her engagement ring during the engagement period, but on the wedding day the happy couple exchanges rings. These rings, also called wedding bands, are generally less expensive and extravagant than an engagement ring.

Wedding bands are often simple, unadorned bands without a big diamond or other stone, although they can include stones or engravings if that’s your style.

So, who buys the wedding bands? Read on to learn about wedding band traditions and new practices.

Who Buys the Groom’s Wedding Band?

In a modern context, these traditional rules no longer matter. More often than not, the bride and groom share expenses for the wedding and would therefore shop and pay for the rings together.

While many people believe that the bride should buy the groom’s wedding ring according to the tradition of a dowry, the reality is that men did not always wear wedding rings.

Rings have always been a symbol of marriage that women wear, dating as far back as ancient Egypt. Men’s wedding rings are actually a more modern concept, however.

The earliest tradition of a man wearing a wedding ring dates back to 16th and 17th century Europe, where some men wore Gimmel rings. These rings formed two interlocking circles, and both the bride and groom wore them during their engagement. This was not a widespread practice, however.

Men’s wedding bands became much more common in the mid-20th century, specifically around World War II. When men were being shipped overseas, a wedding band become a common way to remember his wife back at home. Since then, it has become standard practice for men to wear wedding bands along with their brides.

Part of why women’s rings are an older tradition than men’s is because, historically, the ring was a sign of ownership. Women became men’s property via marriage, and the ring symbolized that. As women’s rights improved, men and women in a marriage began to see each other as equals, and therefore both wear rings now.

Who Buys the Bride’s Wedding Band?

Again, according to tradition, the groom would buy the bride’s wedding band. If you’re extremely traditional, you can choose to buy each other wedding bands as gifts to one another. Some people would even argue that the groom should buy both wedding rings.

As we mentioned above, most couples don’t follow these rules anymore. While you can choose to give each other your wedding rings as gifts, you can also split the cost evenly between the two of you.

Alternatively, one person could buy both wedding rings if the other is putting more money towards another part of the wedding.

The reality of the modern world is that many old school wedding traditions have gone out the window. Modern weddings are less gender normative, and since the happy couple will be sharing joint bank accounts soon if not already, it doesn’t really matter who pays for the wedding bands.

For same sex or non-conforming couples, the male/female binary of many wedding traditions doesn’t work for their needs, nor does it matter. Couples simply plan together what they’re buying and who is paying for it.

Many couples shop for their wedding bands together nowadays, so wedding rings are often purchased in one transaction. If you’re both chipping in for the overall cost of your wedding, it may not really matter who pays for this one expense.

How To Decide Who Buys the Wedding Rings

If you’re not sure how your future spouse wants to handle the wedding band question, just ask! The key to any good marriage is open and honest communication, so it should be easy to have a conversation about who will buy the wedding rings.

For some couples, finances can be a complicated issue. Perhaps one partner is struggling with unemployment, or one partner makes significantly more money than the other.

If financial discussions are often tense or awkward, you may want to approach the question of who pays for the rings delicately. Budgeting for a wedding is no small task, so work this question into the larger question of your wedding budget and who is paying for what.

Where To Buy Wedding Bands

Once you know who is paying for what, it’s time to go get your wedding bands! Many couples buy their wedding bands at the same place where they purchased the engagement ring. This can make it easier to match the bride’s wedding band to her engagement ring, and you can work with a jeweler you trust if you enjoyed your first experience there.

Otherwise, you can visit any jewelry store or search online for wedding bands! There are plenty of options out there to match your style. 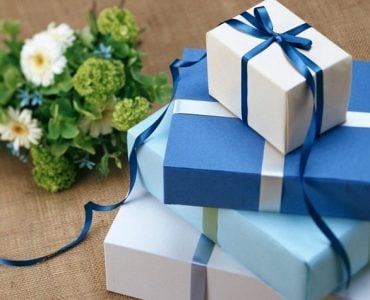 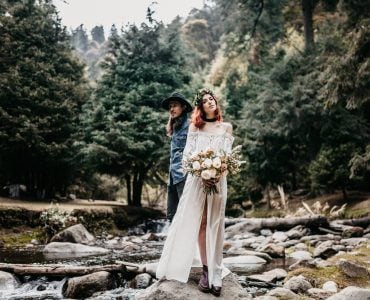 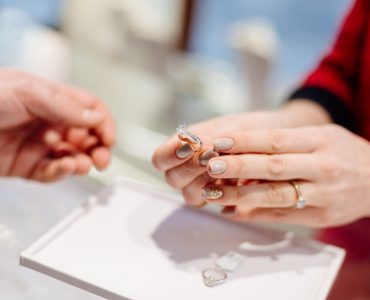 How Much to Spend on an Engagement Ring 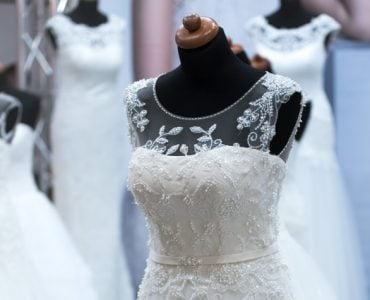 19 Memorable Maid of Honor Speech Quotes For An Unforgettable Toast

What to Wear to a Destination Wedding

The Average Ring Size for Men and Women