Anniversary Wishes to Write on a Card

When writing a personal card, it’s always hard to know what to say. You want to avoid being way too personal with your anniversary wishes, but you don’t want to be very distant either. It’s especially awkward if there’s a party and they might read it aloud– you don’t want to be embarrassed in front of everyone!

When it comes to anniversaries, they are very exciting occasions that are worth celebrating. However, the sentiment is sometimes hard to pin down– should be about how long your love has lasted, and how happy you are to be married? Should it be about all the great times you’ve shared since your wedding? It can be anything! Keep reading for more anniversary card wishes.

Why Give an Anniversary Card?

You can give an anniversary card on any anniversary, whether it’s a big year like 25 or your celebration of nine years together! For a married couple, this might be a yearly way to celebrate the amazing love and relationship that you have readily fostered. For couples that are dating, you may give anniversary cards on month or yearly anniversaries of your relationship!

If you’re giving a card to a friend or family member, the best anniversaries to celebrate are the notable, big ones: 1, 5, 10, 20, 50, and 60 are the anniversaries considered the biggest milestones by most people. These are amazing accomplishments that are worth celebrating!

Who Should Give an Anniversary Card

You may be wondering if it’s even your place to give someone an anniversary card! This is not worth worrying about, because whatever your relationship to the recipient may be, everyone likes a nice card and will be appreciative of the thought you put in.

That being said, if you’re giving someone an anniversary card, it should usually be safe to assume that you have a pretty close relationship with this person. Whether it’s your best friend or your soulmate, an anniversary card is a symbol of intimacy by letting the person know you’re happy that they’ve found a happy marriage.

What to Write Inside Anniversary Cards for Friends or Family

If you’re giving an anniversary card to a friend or family member, you might not be sure what to say. Obviously, you don’t want to say anything too mushy, because it’s not your anniversary– they ought to have their moment in the spotlight!

However, it’s still a nice gesture, and writing something meaningful will make for a beautiful moment on their anniversary.

Whether you’re looking for something simple or something super personal, keep reading for a bunch of ideas for what to write inside an anniversary card for friends or family. 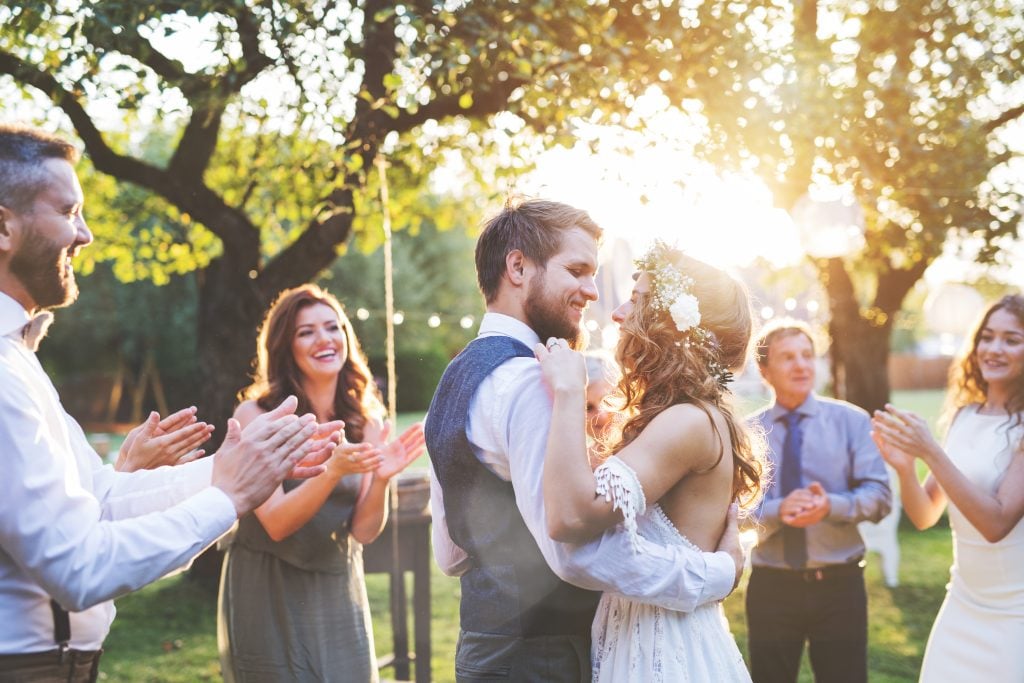 Use funny sayings about marriage and other jokes to get a laugh! 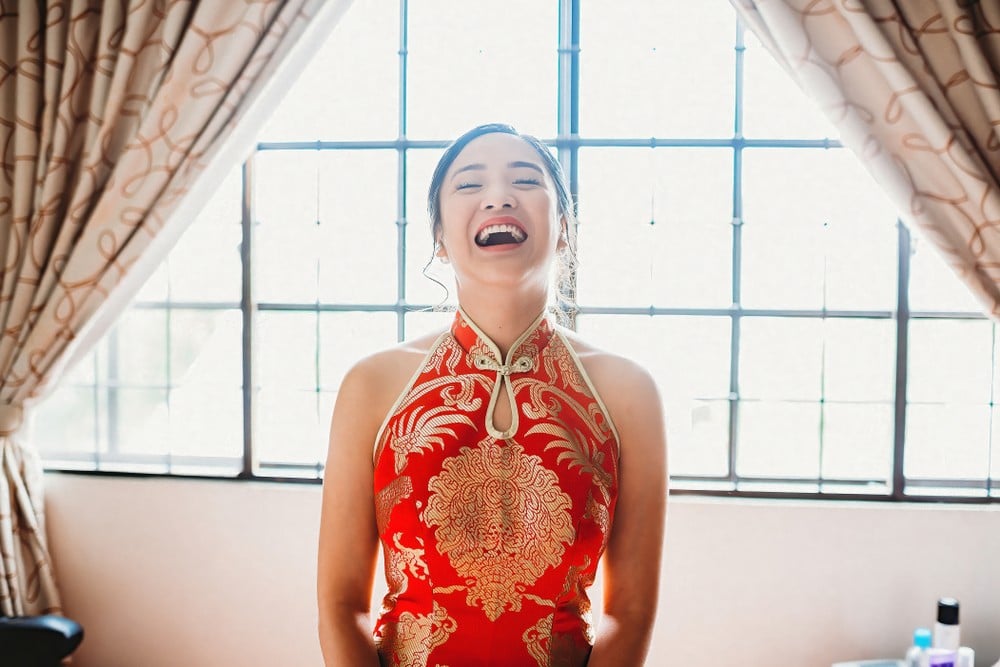 Of course, these messages are very nice, but it’s also important to include some personal flair. You know your friend or family member and the sort of banter you have between you, and you can tap into the rapport you’ve had historically to write the perfect card.

You can also share your memories of their marriage or of their wedding. Maybe you all went on a trip together that you can share some sweet memories from, or your first impression of your friend’s spouse and how you knew they were right for them. There are plenty of ways to create a very personal anniversary card for a loved one.

What to Write Inside Anniversary Card for Your Spouse

For a spouse, it’s obviously a bit more romantic than it is for a friend or family member. Your anniversary card to a spouse should be something swoon-worthy and super meaningful. It’s also a place to get even more personal than with someone else, because it’s just as much your anniversary as it is theirs.

However, you want to still do what you guys do best. If you and your spouse are used to grand gestures and proclamations of love, then that should be how you proceed! If you two are more low-key, then keep it sweet and simple. It’s entirely personal and up to you!

Since you’re celebrating your wedding, you may want to think about the importance of that day, or even the day you met, or the day you knew you were in love with your spouse. You might say something like:

By tapping into these memories and meaningful relationship moments, your card is sure to be a hit. 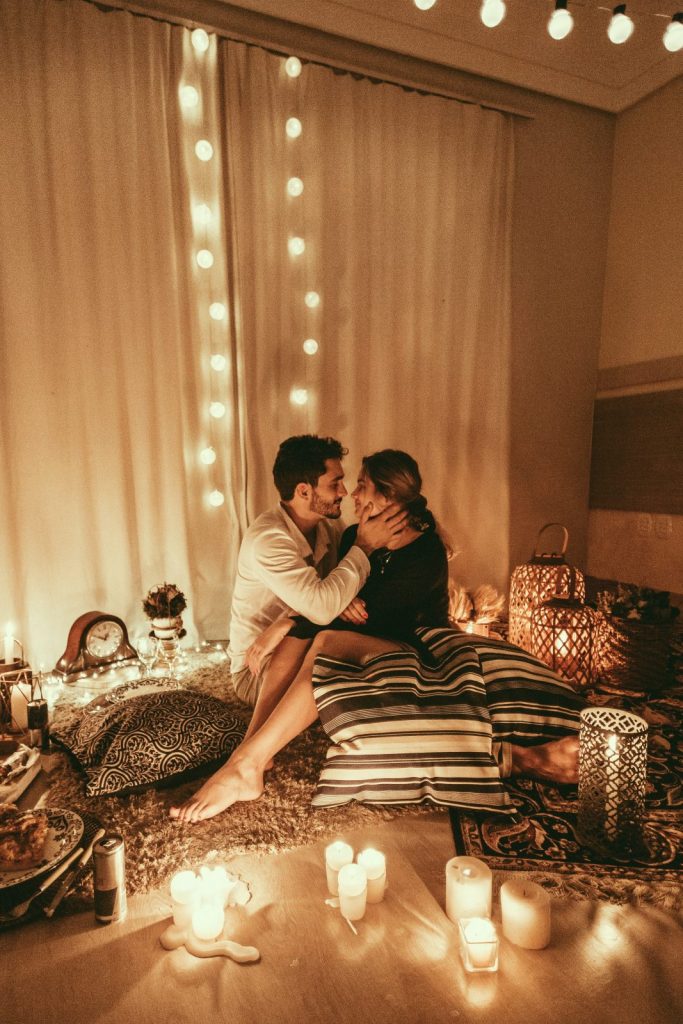 You could also be a little funny by bringing in some inside jokes! Every couple has those inside jokes that always somehow end up coming up and making you both crack up.

Whether it’s from a funny situation or something silly that one of you once said, using an inside joke to wish your spouse a happy anniversary will definitely make them laugh and reflect on how much they appreciate you.

Writing Your Spouse a Letter 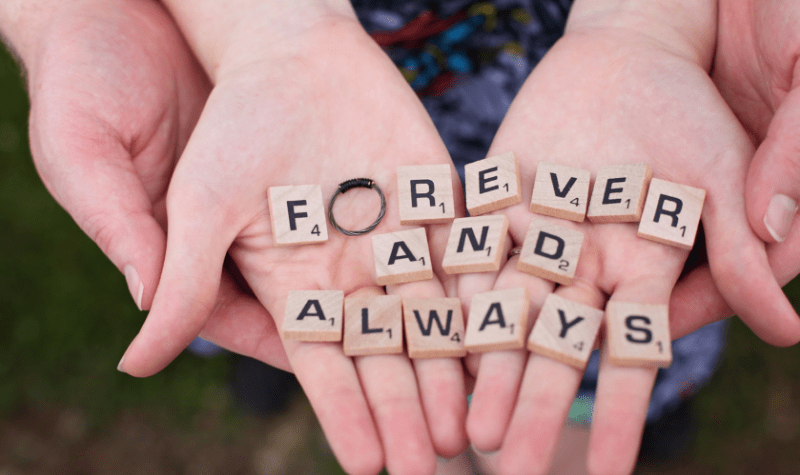 Instead of a card or a simple wish, you could always write your spouse a whole, long letter. Many people feel that romantic letter writing is a lost art that we are missing out on today, so you can totally tap into the nostalgic longing of it by writing a lovely anniversary letter!

Writing something like a love letter may be intimidating, especially if you’ve been married a long time and feel like you may not have anything new or extra important to say in it. This means that it’s time to really tap into your heart and let your spouse know how loved they are.

You can read more about writing the perfect romantic love letter here!

If you aren’t feeling any of the super mushy ideas above, you could always just buy a pre-written anniversary card. This is a great option for anyone in a hurry or who doesn’t feel comfortable baring their soul with a super personal wish.

Purchasing a great anniversary card is also a good idea because they often have beautiful art and are wonderful keepsakes! When you purchase pre-illustrated cards from an artist on Etsy or a similar platform, you are getting some serious bang for your buck and supporting an independent artist!

Keep it simple with this adorable penguin card. These sweet little lovebirds are walking into the sunset over the simple message “Happy Anniversary”. This is totally perfect for friends, family, or your own spouse.

This cute line-drawn couple are absolute goals! This cutesy way of acknowledging the love of your friends is absolutely adorable. It also doesn’t have any words on the front, so you can write your own message with a personal touch!

This super cute champagne-colored card with an illustrated glass of bubbly on the front shows the celebratory nature of this anniversary perfectly. This is a great option for a party or for a couple that loves a good toast!

This lovely bee-themed card is a perfect opportunity to show your spouse how much you love them. Both punny and sweet, a beautiful card like this will surely show your person how happy you are to be married to them for all this time.

This cute illustration shows that you will love your spouse always and forever! The little joke at the bottom also indicates that the scope of your love goes well off the card as well. This is a sweet way to tell your spouse that you’re in it for the long haul.

For something a little bit more mushy, this sweet poem has a catchy rhyme scheme and a lot of heart in it. It also has a super cute rustic wooden look!

This hilarious card for your spouse shows you two as wonderfully in love avocados who fit together perfectly! One of you even has a mustache!

This card illustrates a hilarious pie chart that accurately represents all of the ups and downs of marriage, from “blanket hogger” to “my best friend”. This will surely have you two laughing and reflecting on all the little percentages of your love!

For a little joke on your partner’s bathroom habits, this one compares your love for them to the toilet paper roll that they never change. This card is funny and even references the beginning of the COVID-19 pandemic, a moment in time that had a significant impact on every relationship!

Use any of these anniversary wishes to write a heartfelt note on your anniversary, or to congratulate a friend or family member with an anniversary card.

Here at Yeah Weddings, we stick around after the wedding. From thoughtful anniversary gifts for two years all the way to twenty years, keep reading for all of your anniversary resources.

What to Get Your Parents for Their Anniversary