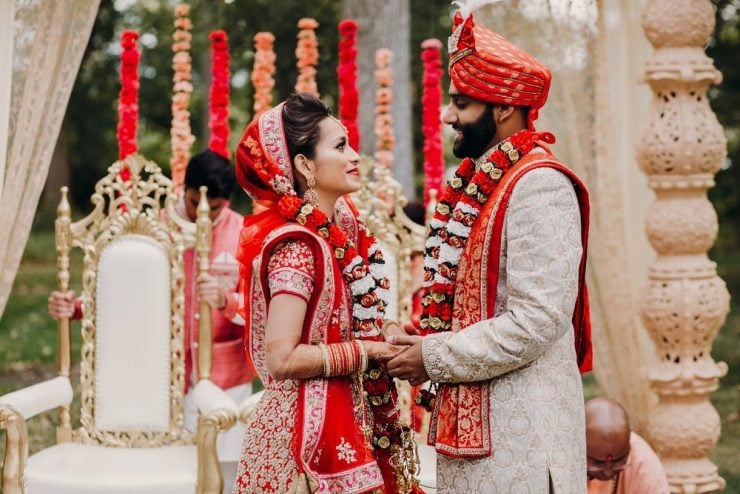 A Guide to Indian Wedding Customs

So, you’ve been invited to your first Indian wedding. That’s great news! If you’re planning to attend an Indian wedding and know nothing about Indian marriage culture, you may be curious about what to expect. One thing you can expect is a lot of Indian wedding traditions. Indian weddings are usually very glamorous and they are a lot of fun. In India, people are known to have big fat Indian weddings.

Prepare to attend a traditional Indian wedding by learning a little about their marriage customs and culture! 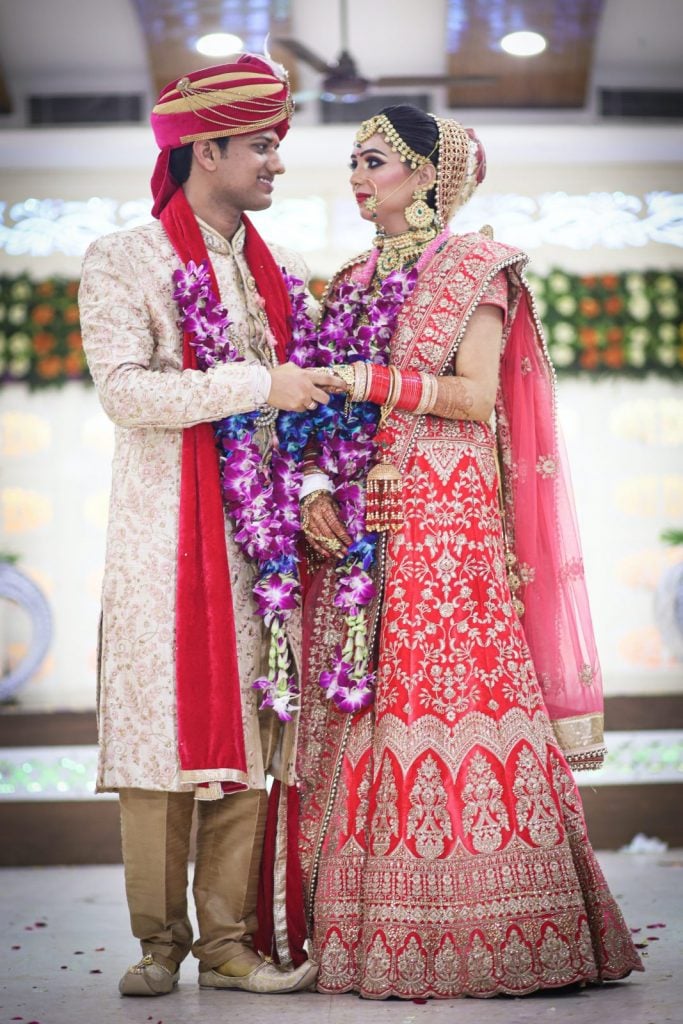 Traditionally, the bride wears a bright red dress with lots of beautiful floral patterns. The dress is usually a red sari with gold embroidery. The colorful elements of the dress are meant to symbolize commitment, fertility, and spirituality. She completes this wedding look with a lot of makeup and jewelry.

You know what they say, the more the merrier! If you feel intimidated by the large number of people attending, just try to relax as Indian families are known for their great hospitality.

According to the same source, marriage is sacred to them because the Hindu religion teaches them that a couple’s marriage is supposed to last through several lifetimes as they believe in rebirth. Therefore, they invite all there, family, friends, and everyone they know to witness and celebrate their long-life commitment.

During the Mehndi ceremony (more about this below), the bride’s hands and feet are painted with henna paste to adorn them with intricate designs. The henna artists usually incorporate floral patterns into these complex designs. Another custom includes hiding the groom’s name or initials within the design.

These henna tattoos are considered good luck for the couple, as Hindu couples believe that they promote fertility, bring out good energy, and fight off evil spirits. The bride’s female relatives and friends also gather to get henna tattoos with the bride. You can expect these henna designs to last for one to three weeks.

Traditionally, the Tilak ceremony is a pre-wedding ritual that takes place one month before the wedding day. However, some people perform this ritual at a time convenient for both the groom’s and bride’s families.

Customarily, it is an event for only the male members of both families and close friends. It usually takes place at the groom’s home. However, this tradition has become very flexible today. It has expanded to involve women too.

The Tilak ceremony is an important ritual that serves to welcome and accept the groom into the family. During the ceremony, the bride’s father applies a Tilak (painted mark) across the groom’s forehead. According to Indian marriage culture, this ritual ensures that he will be a good loving husband and father. During this event, both families also exchange gifts such as jewelry, henna, fruits, flowers, clothes, or other items.

The Mehndi ceremony is a pre-wedding party that occurs just one day before the wedding. This is usually a women-only event. The bride invites mothers, bridesmaids, sisters, and friends from both families.

This Indian ceremony is about beautifying the bride. It can be seen as the equivalent of a bridal shower. As stated before, the bride and her guests get henna tattoos during this party. You can also expect lots of music, dancing, and food at this pre-wedding celebration.

If you’ve been invited to a Hindu wedding, you may want to know more about the Ganesh Puja ceremony. It is an extremely important wedding ritual. During the ceremony, the bride and groom’s immediate family meet with the groom for a prayer to Lord Ganesh, the elephant god.

This prayer serves to bestow Lord Ganesh’s blessing and good luck onto the happy couple. They also believe that this ritual removes any obstacles from the upcoming wedding. This important ceremony is usually performed before the wedding ceremony under the Mandap. Typically, the bride does not partake in this religious ceremony.

The Haldi ceremony, also known as the Pithi ceremony, is a fun wedding event that supposedly brings good luck to the couple. The ceremony involves rubbing and applying a turmeric yellow paste on the bride and groom’s face, arms, legs, neck, and hands to brighten their skin and grant them blessings.

Typically, the misri ceremony is a formal gathering held a couple of days before the wedding. During this pre-wedding event, the families confirm the couple’s intent to marry. The engaged couple exchanges prayers, gold rings, and floral garlands.

The families also exchange gifts with each other, such as clothes, fruits, and other items. The most significant gift, however, is the rock sugar that the groom’s parents gift the bride. This gift means that they wish the couple a sweet and happy future.

At Indian weddings, the couple usually weds under a mandap. A mandap is a huge wedding altar with four pillars. This covered, wooden structure is usually adorned with many flowers, greenery, bells, and crystals.

During the wedding ceremony, the couple is also joined by their parents, immediate family members, and their wedding officiant under the mandap. While some people believe that the four pillars symbolize the four parents, others believe that they symbolize the four stages of life: Brahmacharya (student), Grihastha (householder), Vanaprastha (forest dweller), and Sannyasa (renouncer).

Sangeet is another party for women from both sides of the family. It can also be combined with the Mendhi party. The sangeet party involves fun activities, including singing and dancing. This celebration does not necessarily have to be restricted to women only. It can also be open for all family members and for friends to enjoy.

Just wait until you see the reception feast at Indian weddings! You won’t be disappointed! Most Indian weddings usually serve a buffet-style feast with many food items to choose from. You can expect these items on the wedding menu: seven to ten appetizers, four or five main entrées, and lots of Indian cookies and sweets.

Some of the dishes that you can expect at Hindu weddings include traditional foods like rice, chaat, samosas, naan, tikka masala, curry, non-vegetarian dishes, and many more tasty foods. You might not be familiar with most of these foods, but surely you’ll find something you like that will leave you with a full stomach.

The Hindu wedding ceremony concludes with the Ashirwad, which means blessings. During the Ashirwad ceremony, the older members of the family such as parents, grandparents, aunts, and uncles from both sides of the family, bestow wisdom and love to the newly wedded couple. The knowledge and wisdom of elders are highly valued in Indian culture. So receiving blessings from them is a good way for the couple to begin their married life.

Apart from blessing the couple, this ceremony also serves as the final acceptance and confirmation of the couple’s union by both families. There may also be gift exchanges during the ceremony, but it is mostly all about the blessings.

As you can see, Indian wedding traditions are fun and intriguing, and we didn’t even mention all of them! Yes, there are more rituals that are usually performed at Indian weddings. But we picked out some of the most fascinating Indian traditions that you will likely see at your first Hindu wedding.