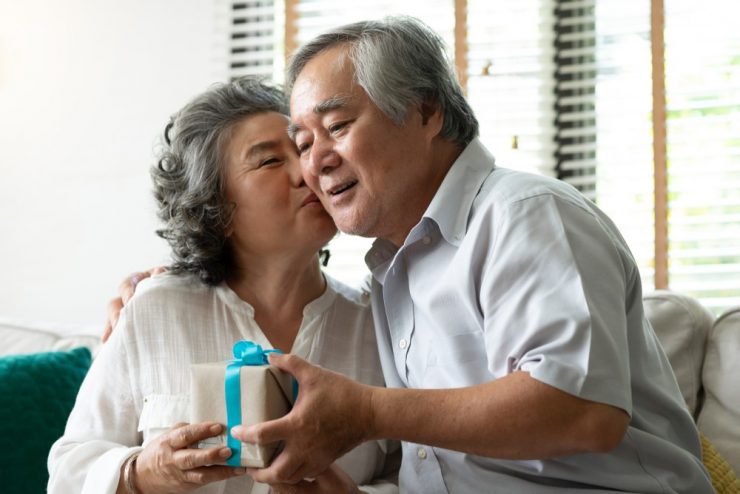 32 Wholehearted 60 Year Anniversary Gifts For Your Loved One

Every anniversary is worth celebrating but being married as a couple for sixty years truly calls for a special occasion.

When thinking ahead about this noteworthy commemoration, your first questions might involve what kind of 60 year anniversary gifts you want to exchange with your spouse.

Whether you’re considering traditional 60th anniversary gifts or their modern counterparts, we’re here to help by giving you some recommendations! 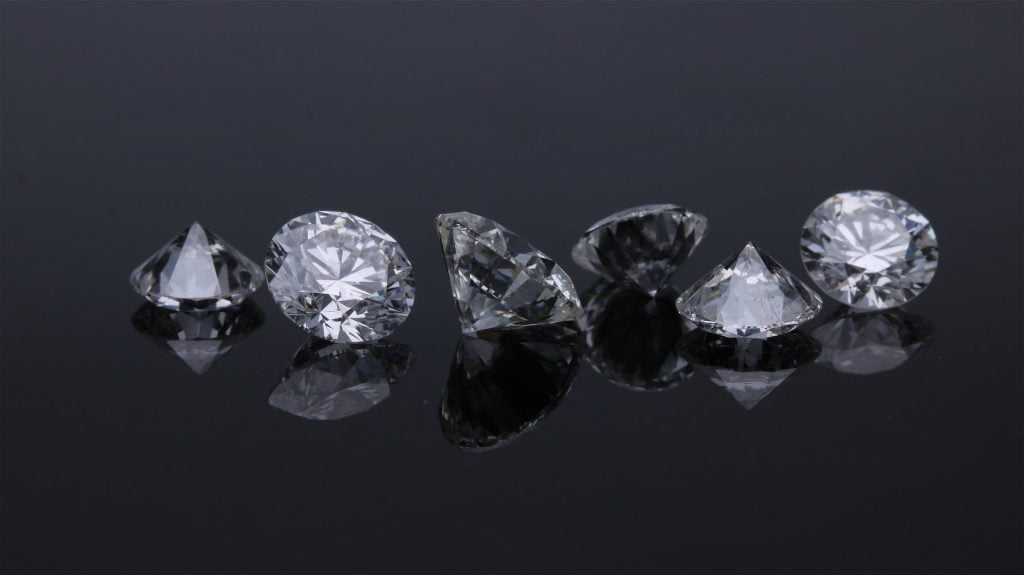 Couples who want to follow the tradition of a 60th wedding anniversary should look for gifts that are made out of diamonds, often attributed to Queen Victoria’s Diamond Jubilee.

As a precious mineral that never fades, diamonds symbolize the long-lasting marriage that you have shared with your spouse. In the same way as 50 year anniversaries, diamonds serve as the traditional and modern themes for 60th wedding commemorations.

Traditional 60th Anniversary Gifts For Her

If your wife lives by the idea that “diamonds are forever,” nothing feels more fitting for your 60th anniversary than gifts made out of these treasured gemstones.

Here’s a round-up of our favorite diamond anniversary gifts that will honor your lasting love towards your wife!

Opal necklaces were made to be given as presents for a diamond anniversary. This accessory will definitely bring a smile to your significant other’s face whenever she wears it.

It’s no wonder why so many wives receive diamond mesh clutches as traditional 60th anniversary gifts. The sturdy material means that this present will last for the years to come.

No present says 60th anniversary quite like a raw diamond ring. The asymmetrical form of this gift will definitely stand out from the other pieces in her jewelry collection.

Make your loved one feel like a queen during your 60th wedding anniversary with some diamond stud earrings. This perfect gift will look effortlessly stylish with any kind of outfit.

Go the extra mile for your wife by giving her a diamond bobby pin set as her 60 year anniversary gifts. She’ll enjoy using your present to elevate her hairdos to the next level.

Most spouses wouldn’t imagine a dream catcher as their first idea for a traditional gift, but this choice still proves itself to be unique and thoughtful. This present will feel extra meaningful if you tied the knot during a bohemian wedding day.

Tennis bracelets are no strangers as presents during a diamond anniversary. This minimalist accessory is sure to be appreciated by your romantic partner.

Play up the theme of your 60th marriage anniversary by giving her a diamond hairbrush. She’ll appreciate the flair and practicality of this gift.

Traditional 60th Anniversary Gifts For Him

Although diamonds are usually associated with women’s gifts, there are plenty of elegant possibilities that’ll make your husband feel like he’s on cloud nine.

Read all about our suggestions for traditional 60th anniversary gifts!

A Franco bracelet will surely leave an impression on your spouse during your wedding anniversary party. This simple yet sleek accessory will complement his casual and formal outfits.

Get your husband ready for his next special event with a diamond bow tie as part of his traditional 60th anniversary gifts. Save him the hassle by giving him a pre-tied one.

Give your significant other the full experience of a diamond anniversary by gifting him with a money clip made out of these precious stones. He can also use your present to hold tickets, credit cards, and other essentials from his wallet.

If your romantic partner feels proud when expressing his Christian faith, a cross necklace becomes a no-brainer as 60th anniversary gifts. He’ll enjoy wearing this accessory as a daily reminder of your love and devotion.

A list of 60th anniversary gift ideas wouldn’t be complete without mentioning diamond watches. This extravagant present becomes a nod to all of the time that you’ve spent together as a married couple.

Every spouse needs some new sunglasses from time to time so consider purchasing him a pair as his 60 year anniversary gifts. This present will certainly never go out of style.

When searching for traditional anniversary gifts, don’t think twice about buying an option that pays tribute to his love for mixology. Find a longer one so he can use this present with carafes, cocktail shakers, pitchers, and more.

If your husband wants an upgrade on his original wedding band, chances are that he’ll appreciate a wide ring during your diamond anniversary. He’ll cherish this present especially if he already enjoys the finer things in life.

Other 60th Anniversary Gifts For Her

If your wife already owns a collection of diamond jewelry, don’t be afraid to seek out alternatives for your milestone anniversary.

Check out our suggestions for 60th anniversary gifts that’ll spoil that special somebody in your life!

When it comes to 60 year anniversary gifts, never underestimate the relaxing power of calamine soap. Be sure to purchase one that is scented with essential oils.

You can never go wrong with giving hummingbird chimes to your spouse during your 60th anniversary. Consider a solar-powered version so she doesn’t have to worry about charging your cute gift.

If your spouse enjoys decorating the backyard, she’ll love nothing more than a two hearts garden stone. Include a romantic quote to make the most of these 60th anniversary gifts.

Who wouldn’t love to be given a Roomba during their 60th wedding anniversary? She’ll certainly be in a happy mood when using your present to take a break from the household cleaning.

If your wife likes to knit or crochet during her free time, a cat yarn bowl will surely do the trick. The adorable design of these 60th wedding anniversary gifts will make her heart soar.

A leather crossbody bag is never the wrong option for 60 year anniversary gifts. Don’t hesitate to buy this present if your wife needs a new upgrade from her purse collection.

Set the nostalgic tone of your romantic celebration with a family tree blanket as a gift to your wife. For the sake of convenience, make sure to order one that is machine washable.

Other 60th Anniversary Gifts For Him

If traditional 60th anniversary gifts won’t take your husband over the moon, don’t be afraid to find a choice that is a better fit with his interests and hobbies.

Find the perfect alternative from our list of 60th wedding anniversary gifts!

Street sign canvas prints are such a unique alternative to the usual kinds of wall art that are usually given out as 60 year anniversary gifts. He’ll be proud to display this symbolic start to your love story.

Get creative with your gift idea by purchasing a personalized bar stool for him. Feel free to go with the design of his favorite car brand or sports team!

Even if your spouse hasn’t dropped the hint about wanting a cashmere scarf, he’ll definitely cherish this present during your 60th wedding anniversary. This luxurious material will surely keep him warm and cozy during the winter months.

An engraved glass plaque is one of the best options for 60th anniversary gifts especially if you already know that your romantic partner prefers something on the sentimental side. He’ll be more than happy to display this thoughtful symbol of your marriage.

60 year anniversary gifts don’t have to be costly to be appreciated by your spouse. Shoe horns are made out of metal so you won’t have to worry about his present either bending or breaking.

Encourage your husband to keep himself in good shape with a fold-up treadmill. Look out for a model that creates minimal noise so you won’t be disturbed whenever he uses your present.

Wind-up music boxes are certainly a staple among 60th anniversary gift ideas. Customize this present with the tune of your first dance to bring happy tears to his eyes!

A diamond anniversary is an accomplishment that doesn’t get to be celebrated by every happy couple. If you’ve been given this privilege but still feel unsure about what to buy as 60 year anniversary gifts, just know that plenty of other husbands and wives have felt the same way.

Take a look at our lists on previous years, such as 20th and 25th commemorations, for the additional inspiration that you may need! 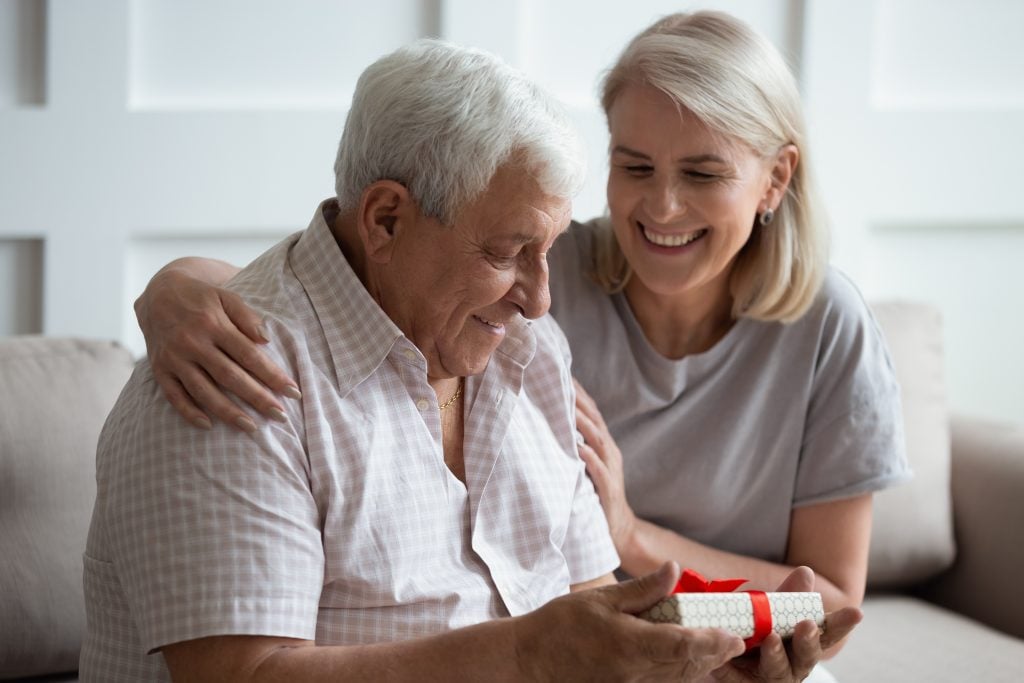 If our gift recommendations have proven successful, don’t hesitate to leave us a comment about which one will be perfect for your husband or wife! We would love to hear about any of your own suggestions for 60th anniversary gift ideas!